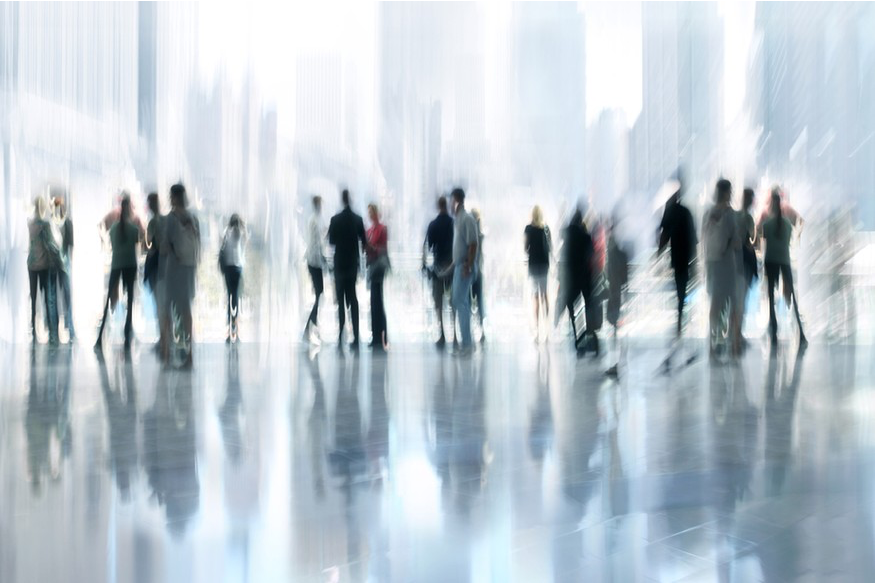 
People often say that International Sign (IS) is something that you only can learn by “mingling” with people from other countries. In other words, you learn it by doing it. Since IS does not have a fixed lexicon, signers learn IS by meeting other signers in international contexts. This includes learning and using common IS signs such as IMPORTANT, WHO or HAVE; learning and using signs from different national sign languages; and learning to adapt to various people such as by signing “visually”, ie in transparent ways. The latter is done e.g. by using highly iconic signs, by enacting and describing things and by emplacing concepts in space. Contexts of mingling include camps, sports events such as the Deaflympics, international parties such as deaf gatherings at New Year, Oktoberfest or Frontrunners parties, conferences, workshops; and international workplaces such as development work, political work and academic work. While many people learn IS when they are adults, some people were first exposed to IS as a child such as at camps or when observing visitors of their deaf parents or older siblings. Other contexts of learning IS by immersion include deaf tour groups and interacting with deaf new migrants. However, a growing number of people learns IS by watching online videos, and there is an increasing number of opportunities to learn IS in a classroom. Does this mean that the notion that IS only can be learned by “mingling” is outdated?

Participants in my research on IS used various metaphors to talk about IS. Here are a few examples:

While the two first metaphors are focused on the accumulation of resources, the two last metaphors put emphasis on the process of adapting. All these metaphors point toward IS as a process of translanguaging. And it turns out that these different perspectives on what IS is are related to people’s ideas of what it means to learn IS.

Learning IS by meeting people

International events often are visited by new signers of IS. For them, this experience can be a very steep learning curve. For example, at the SIGN8 conference in Brazil, IS was a conference language while a large number of participants were new to IS. Learning to communicate in IS is a hugely interactive practice, with new signers of IS communicating with each other and with experienced IS signers. The ease of this process depends on factors such as the overlap in user knowledge of languages and familiarity with the theme of conversation.

My research shows that to learn IS, it helps to take an active attitude towards learning. This means approaching people to chat, asking people for core lexicon of IS, asking people to clarify signs, and asking people to repeat what they signed. Being assertive, social, friendly and confident eases the learning process. Crucially, being networked is beneficial when learning IS by mingling. However, if you are learning IS by communicating, you need to have access to people. It can be hard to just walk up to someone and start signing if there is no connection whatsoever to start with. There are people who try, but they may not get further than a brief and superficial exchange if they are not introduced by others or do not have specific interests in common. Some black and Arab participants in my study have pointed out that it is much easier for white people to approach people they don’t know, having experienced hitting a wall when approaching white people.

Non-access and not understanding

Learning via absorption is also an important factor in the acquisition of IS, such as by watching presenters and interpreters who use IS. This means that there is typically a period during which the novice IS signer does not understand a lot of what is being signed onstage, or understands nothing at all, especially when it is in a context where no interpreters are present. Indeed, to learn IS by immersion there is often a need to be tenacious and patient, and to accept the feeling of not understanding everything that is going on. For some deaf people who have had good access in their national sign languages (e.g. through interpreters) for all or most of their lives, the not-understanding can be difficult to tolerate. The presence of interpreters or CART/subtitles can impede learning because it means the IS learner is not thrown in the deep end. However, the presence of these mediators and tools can also help to identify semantic equivalents of IS signs and words/signs in other languages.

IS learning does not start from zero, of course. It is generally easier to learn IS as a European for several reasons. First, IS historically emerged mainly in Europe, so a large proportion of the more conventional signs used in IS originate in European sign languages. Second, deaf Europeans are generally more used to linguistic border-crossing due to the combination of European multilingualism; the short travel distances between countries; the frequent occurrence of European events; and the fact that people can afford (or access funds) to travel to such events. English knowledge can also help IS learning because English mouthings and fingerspelling are used in many usages of IS.

IS learning and ASL

ASL knowledge can make it both harder and easier to learn IS. In my previous blog I wrote on the subject of ideologies about ASL use in IS, and resistance against ASL on account of it being a “killer language” and/or hard to understand. Yet when we look at the theme of learning, it becomes clear that ASL knowledge can help to understand IS usages that include ASL signs. Also, when learning IS and ASL separately, it becomes easier to regulate the amount of ASL in IS. People may learn ASL first, because there are simply more resources for ASL learning, and ASL is a language that is seen as more “fixed” and therefore more learnable than IS. For example, a Japanese interviewee explained that for Japanese deaf people, ASL is seen as the most useful foreign sign language, and IS can be acquired more easily when knowing ASL. People may also (unknowingly) learn some ASL automatically by doing IS, because of its presence in IS.

There are an increasing number of opportunities to learn IS signs online because of the large number of videos available on Youtube and various websites, which list signs that are frequently used in IS, such as the WFD RSA Youth Camp 2016 word list. There exist a number of dictionaries such as the Gestuno book published in 1975, a book with IS signs from the 2017 Deaflympics in Samsun, Turkey (linked with videos), and a number of IS word lists created by organisations and individuals, such as here and here. A quick comparison of these videos makes it clear that there are widely divergent perspectives on what constitutes IS lexicon. There are also online videos of presentations in IS, which people watch in order to see forms of presenting in IS, such as presentations of the Deaf Academics 2015 conference and the #innodeaf conference. There is, however, a lack of online examples of “real” IS conversations. The four ethnographic films which are currently being made by the MobileDeaf team and which will be streamed online, will bring a considerable increase in resources – see here for a sneak peek of one of the films.

What happens in IS courses?

IS courses in the form of pre-conference or pre-event courses (e.g. lasting a few hours or a day) have existed for a long time. These are typically offered before the official start of international events such as the SIGN conference series. In the past few years, there has been an increase in the number of IS courses for different audiences with different motivations. Some people wish to learn IS in advance of events they attend in order to give them a headstart when they mingle or to help them prepare to give a presentation in IS. Yet others want to learn IS in class to become an IS interpreter. And some people want to learn IS primarily to be able to participate in the online IS-sphere, i.e. watching videos (such as vlogs on FaceBook or Youtube) and creating videos themselves. Courses have thus been set up for hearing and deaf interpreter students or Deaf Studies students, for professional interpreters, or simply for deaf people who take an interest in IS.

I observed four different IS courses ranging from a few hours to three days, organised for the abovementioned different audiences. The courses were taught by deaf people who were considered experienced in IS and who taught IS either for the first time or on an occasional basis. Courses may involve the learning of established or common IS lexicon, with the teacher(s) often offering several alternatives for various concepts. Students practice by having conversations with each other and practice to explain things “more visually” or transparently. Some teachers also point to other strategies such as offering several signs for the same concept. Mouthing and fingerspelling in English or other spoken languages is often discouraged because it presupposes knowledge of these languages. Some teachers also discourage the use of ASL. Some courses included dissecting online videos of presentations or texts in IS. Teachers typically also pass on metalinguistic knowledge about IS, emphasising that IS is a flexible and variable practice, and does not have a fixed lexicon. This knowledge is often liberating for students who fear they have to memorize a huge body of new signs. On the other hand, this flexibility is also seen as a challenge in the IS learning process: how do you learn a thing that is always variable, and how do you know if you are “doing it right”?

IS courses: benefits and disadvantages

The benefits of courses to learn IS, especially pre-conference courses, is that they can give people a head start before they go “mingling”. It can help level the playing field somewhat since learning IS by mingling is easier when having contacts and knowing strategies. There are, however, also people who are sceptical about the usefulness of IS courses. Most of this scepticism is related to teaching lexicon. Because of its variability (cf. the backpack and soup metaphors) IS seems difficult to teach, and teachers will inevitably teach “their own IS”. Also, the very act of teaching common IS lexicon seems to imply that IS has a fixed lexicon, or creates expectations among students that there is a “proper” form of (formal) IS. Teaching “core lexicon” also led to many discussions and debates. In the courses that I observed, I saw that deaf students frequently challenged their teacher, discussing signs they did not find politically correct (e.g. the sign “woman” and country sign names), ASL signs, and disagreeing on which signs are more current or “more visual”.

Some IS courses may attract people who want to learn IS in a formal way without “mingling”. This idea goes against the notion that the experience of getting stuck, of not understanding, and of struggling to communicate is central to the process of learning IS. In other words, IS courses potentially take away emphasis from the accommodating and adapting aspect of IS (cf. the dial and crossroads metaphors). The Frontrunners course in Denmark, for example, does not offer an IS course to students who arrive with little IS, because they do not want to take away responsibility from fellow students to accommodate each other.

In brief, there is a tension between the growing trend of institutionalisation of International Sign which translates into formal IS courses, and the wish to remain true to the roots of IS as flexible and context-dependent communication as the metaphors imply. Is it possible to retain this flexibility by emphasising in teaching practices that IS is a process of dialling, crossing, backpacking, melting, and mixing soup, ie of translanguaging?