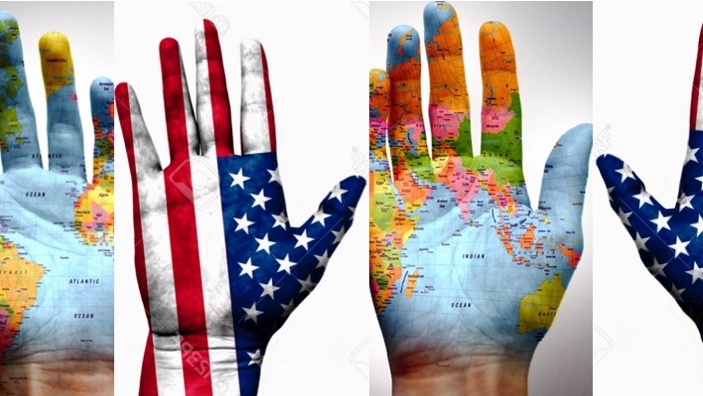 “There is a lot of ASL in International Sign”, and “That does not look like International Sign to me, but rather ASL”, are some commonly and frequently uttered phrases in a subset of international deaf gatherings. When the use of American Sign Language (ASL) in International Sign (IS) is discussed, people often spontaneously estimate (and disagree on) percentages of ASL in IS, eg “half of it”, 30%, 60%, 40%, 70%, 80%. They also offer terms to describe forms of IS that have a lot of ASL in it, or language use that is not recognized as IS, but neither as the “American way of ASL”. Such terms or descriptions included “International ASL (IASL)”, “strong ASL [in IS]”, “IS with ASL flavor”, “ASL light”, “ASL with neutral/unmarked handshapes”, “world ASL”, “global ASL”, “(West-)European ASL” and “bad ASL”. (Note that these labels do not necessarily refer to the same usages or amounts of ASL in IS.)

As a part of the MobileDeaf project, I study language ideologies on IS in a range of different contexts. In this blog I report discourses on IS, recorded in research in 2017 and 2018, in contexts where interpreter services (to and from IS and other sign languages/spoken languages) were not provided, more particularly the Deaf Academics conferences; the SIGN8 conference in Florianopolis, Brazil; the Frontrunners course in Denmark; and three IS courses. In these contexts I organised 6 focus groups and 30 interviews with participants and presenters, students and teachers. Most of them are internationally mobile deaf students, advocates, professionals and researchers from Europe, North-America and South-America, with a few exceptions. Many of them were people with the experience of participating in international deaf networks in Europe. Note that the “anti-ASL” discourses below were recorded in these specific contexts and cannot be generalized beyond them. Indeed, in other cases within my study I encountered very different (more pragmatic and accepting) views on the use of ASL in international deaf communication, and will report upon them in further blogs.

What are ASL and IS?

ASL is a national sign language that emerged in the US in the 19thcentury, and since then, it has dispersed all over the world, in different contexts and through different means. First, missionaries, educationists and development workers introduced it into a significant number of countries in Africa, Asia and South America, reportedly from the 1950s onwards. Some sign languages include a high proportion of ASL(-based) lexicon because of the introduction of ASL in emergent educational systems. In many countries, sign languages influenced by ASL have been given a national name (eg. Ghanaian Sign Language, Thai Sign Language, Filipino Sign Language). The use of ASL or ASL-influenced sign languages is often connected to the reduced use, prestige and status of other national or local sign languages and is sometimes resisted, such as in the form of language purification projects.

Another important factor in the spread of ASL are deaf and hearing non-American students who study at American universities such as Gallaudet University (a bilingual ASL-English university), where they become fluent in ASL, which they then bring back to their country. ASL resources and learning material are widely available online, particularly on Youtube and social media, such as TV series, films, vlogs and signed songs in ASL, as well as ASL comedy skits. The availability of a broad range of resources in ASL and exposure to ASL have resulted in an increasing number of ASL signs being included in national sign languages and in IS, sometimes to fill perceived or experienced lexical gaps. People also pick up ASL through interactions with foreigners, such as ASL-using visitors to their country, or intentionally acquire (some) ASL before engaging in international encounters. ASL (like IS) is often used as an intermediary language when foreign visitors learn the local sign language. Because of its global use, a number of deaf leaders and activists, and scholars such as sign linguists and Deaf Studies scholars have labeled ASL as imperialist, colonialist, or a “killer language”.

International Sign takes place when signers of different linguistic backgrounds come together. An important ideology underlying IS use is that it is (or should be) more iconic and transparent and therefore easier to learn and understand than national sign languages such as ASL. IS typically incorporates signs from national sign languages (including ASL) and often includes mouthings from different spoken languages (but mostly English). Its use is variable and dependent on the geographical, political, social, cultural and linguistic context in which it occurs and the backgrounds of the people who use it. I approach IS as a translingual practice: deaf people who engage in IS are translanguaging, a term that has been coined to frame the intermingled use of diverse linguistic resources. Willingness of the interlocutor to communicate flexibly is crucial in translingual practices.

How do people use ASL in IS?

Since people draw from their individual language knowledge in IS, and since ASL is a widely spread resource, it is not surprising people draw upon ASL when they sign in IS. This has inevitably led to usages of IS in which a lot of ASL signs and grammatical structures are in use. (Note that it is often hard to judge whether a way of signing is ASL or not, as I explain further below.)

So, why and in what contexts do people make use of ASL signs in IS?

Why do some people think ASL use in IS is a problem?

When participants felt too much ASL was used in IS, they said it was disrespectful, oppressive and/or simply out of place in contexts where people expected to see IS used, such as international conferences or workshops, for a number of reasons:

Is it possible to separate ASL from IS?

People may disagree on what exactly constitutes the use of ASL in IS. It often happens that people evaluate their own signing or another person’s signing as IS, while others may label or evaluate the same utterance as ASL (“full ASL” or “strong ASL [in IS]”). If people cannot agree on what is IS versus ASL, how can they agree on how much ASL in IS is too much?There are some patterns in discourses in this dispute:

How do people try to reduce ASL use in IS?

The belief or the hope that it is possible to control ASL use in IS has bolstered practices of linguistic prescriptivism, against the use of ASL signs in IS. Linguistic prescriptivism means laying down rules for what people should do with language, with the aim of improving, innovating, renovating or standardizing a language. It can pertain lexicon, grammar and other uses of the language. It can be expressed in casual comments (or jokes) on what language use is good, bad, correct, incorrect, appropriate, inappropriate. These efforts rely on norms that circulate in communities. People adopt a number of different strategies to reduce ASL use in IS, in their own signing and that of others:

Sometimes linguistic prescriptivism takes the form of language shaming, with people feeling deeply uncomfortable that their signing is commented upon, especially if they were already trying to avoid or reduce ASL use, or when they feel unable to do so.

The underlying ideology behind linguistic prescriptivist practices is that deaf people have an individual and collective responsibility to limit or reduce the use of ASL in IS, to invest in the flourishing of IS. This is easier said than done: even with the presence of linguistic prescriptivism and strategies, many participants admitted theirs or other’s IS still included ASL signs. It is often recognized that it is almost impossible to fully remove ASL from IS (simply because some signs have become so entrenched), and that the use of ASL features in IS can be practical and easier. Avoiding ASL is seen as a very conscious effort and slipping into ASL is seen by many deaf people (mostly Europeans) as something that happens easily, as “giving in”. According to participants, doing IS and avoiding ASL in that process not only needs time, but also mental energy and determination. Therefore, some participants said the use of ASL in IS can be due to downright laziness. Many participants want IS to thrive as an autonomous phenomenon (though not a standard language) apart from ASL, and to that end, they say, IS needs to be protected, be invested in, and ASL needs to be “kept out” to an extent, which can be done by “not being lazy”.

This being said, in other case studies within the larger study, I have encountered very different attitudes towards ASL use, and I discuss this in the next blog about IS versus ASL as global deaf lingua franca, based on a case study in Kenya, Africa!