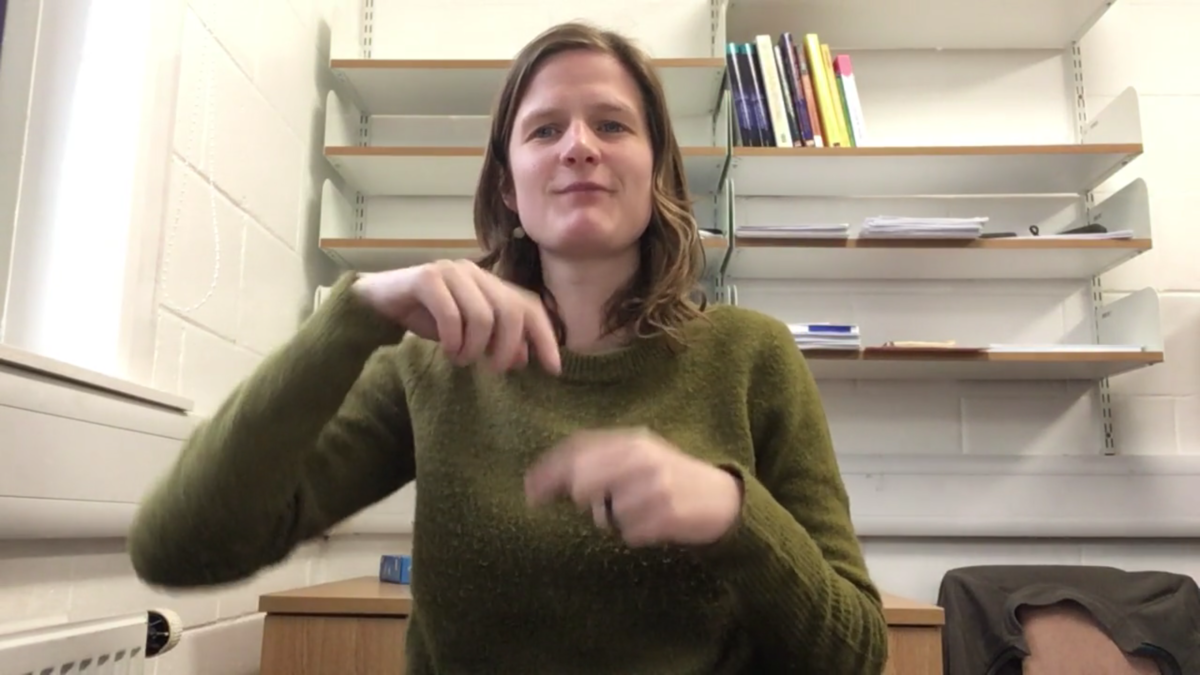 Amandine and Steve were at the conference, Borders Racisms and Resistance and we left the event with much to contemplate. Here is our brief summary: the research papers and activist speakers were focused mainly on the UK, although there was some evidence shared of the experience of increased border controls on peoples in Eastern Europe. We will give a general summary before discussing the relevance of the conference to the MobileDeaf project.

Borders that separate the nation state are not only physical. Research is currently being undertaken into the impacts of stricter border controls, the growth of detention centres, and peoples sense of belonging (or otherwise) following Brexit. However, borders are also taking the form of increasing inspections by employers, landlords, health centres and public education services. Strategies to prevent ‘radicalisation’, for example, invariably impact on Muslims as research shows how peoples’ fears are increased and Islamophobia grows in UK society. We were particularly alarmed of the evidence researchers discovered of teachers’ complicity in racism in the classroom.

The evidence provided by researchers and activists was sometimes overwhelmingly negative, but the studies documented the real impacts on the real lives of real people and need to be told. Scotland is not immune from racism and discrimination just because of the virtual absence of far-right wing organisations and the conference examined white privilege and the role of allies in combating discrimination. These narratives were explored in line with questions and discussions about what activists could do to challenge racism and xenophobia, and included an exploration of the role of strangers – for example, what makes one a stranger and when does a location become ‘fixed’ – and how our society might develop the concept and values of love, warmth and compassion in a proactive and non-secular way.

Finally, although there has been an increase in borders and racism in UK society this has not been without resistance. However, resistance is taking many forms, as one speaker stressed the very act of discussing these issues is a form of resistance. We were particularly inspired by the recently established YonAfro collective, a radical group set up to support Women of Colour (WoC) in Scotland: to offer resistance and safe spaces to WoC who are being attacked online and physically since the Referendum and Brexit vote.

What is the relevance of the conference to the MobileDeaf project? There are many similarities with our deaf communities, the relevant theoretical concepts which could be helpful for our research such as ‘agency’, the Stranger from Simmel (1908), the policy of love and rescue from Dominiguez (2000). The concept of border is relevant for our research: for example, in the Kakuma refugee camp, Kenya, there is both a physical and not physical border there; and in London there is a rich mix of migrants from many communities, Eastern European as well as from Muslim and Black communities who will experience mental as well as physical borders.