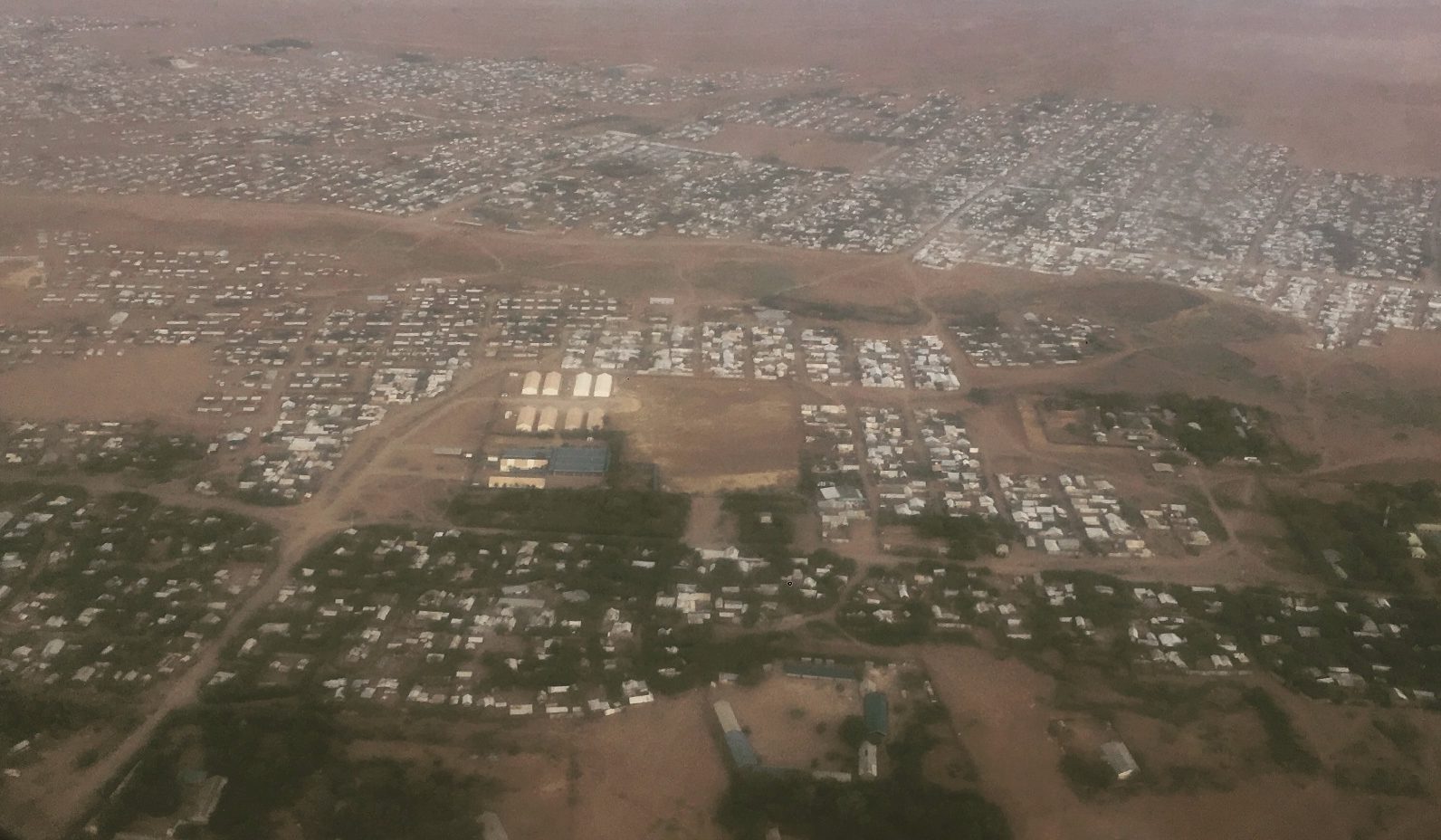 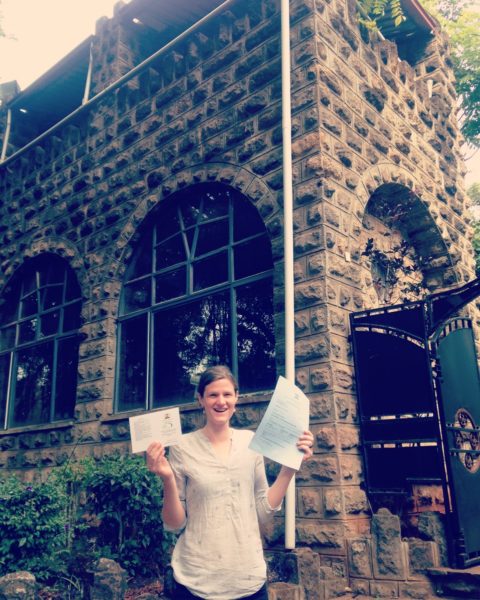 I am currently in Kakuma refugee camp and I’d like to share with you what happened in the last month since I arrived in Nairobi, Kenya. Together with interpreter Pascale I’ve been working for 2.5 weeks to get two permits: one permit to do research and one permit to get access to the camp. Getting the permits involved a lot of phone calls, negotiations, meetings and 2.5 weeks of waiting! It is really a difficult process to get the permits, but I finally got them. (Picture: me holding the two permits)

In those 2.5 weeks in Nairobi, we found ourselves in the middle of political commotion regarding the current president, Kenyatta. Many people would like to see another man becoming president (Raila), so that caused a bit of an uproar. In the time that we were there, Raila took the presidential oath, even though it’s not sure whether that’s possible according to the law. So now Kenya finds itself having two presidents! It was intriguing to be in Nairobi when this all happened. The interpreter and I tried to get updated through Twitter, because the newspapers and TV were censured and provided no information whatsoever about this. It was mostly from the talk on the streets that people get their information.

I also went to a deaf church to meet deaf Kenyan people; it was really good to see such a bit congregation of deaf people. I’ve also had meetings with different Kenyan deaf organisations, so that we can collaborate by providing them with information from Kakuma Refugee Camp, and possibly by establishing connections between the associations and Kakuma. 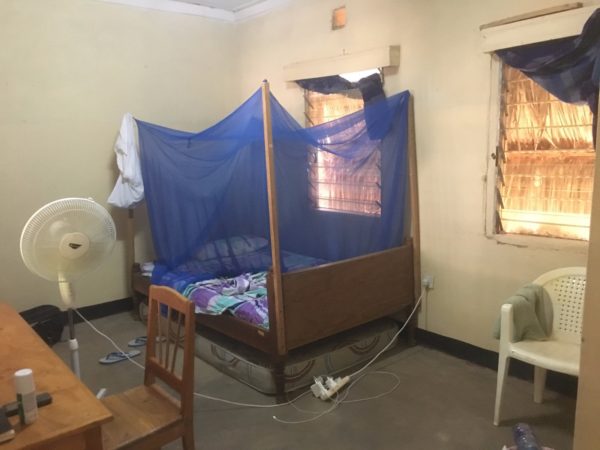 After 2.5 weeks I could finally fly to Kakuma. The first thing I noticed when I got here was the heat: it’s 39 degrees! So hot! I arrived on a Friday and I couldn’t go to the camp right away, but had to wait at a compound from an NGO, called the Lutheran World Federation or LWF. My accommodation is here at the compound, which is safely guarded and which is right next to the UN compound. Kakuma consists of 4 refugee camps (Kakuma 1, 2, 3, and 4), which are next to the compounds, and Kakuma Town, which is a little further away, and where mostly Turkana people live. I had to wait over the weekend, so on Monday I went to the camp for the first time. (Picture: my bedroom in the LWF compound) 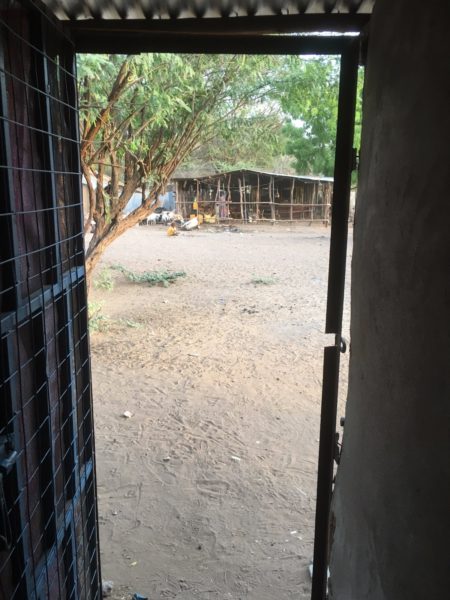 In the week that I’ve been here, I’ve met many deaf people already: I’ve been to a school where I’ve met children and deaf teachers, and I realised quickly that the deaf people’s lives in the camps are not easy: for many people their live consists of waiting. (Picture: taken from inside a home in Kakuma camp) Children do get to go to school and receive education, but many adults cannot do anything but wait in their homes. I am investigating whether they form groups to talk, to play football, to play games, etc. In Kakuma Town however, deaf adult refugees and deaf Turkana people can learn how to cook and sew, and I will meet those people regularly as well. One of my main contact persons is a deaf teacher of the deaf with whom I have a smooth collaboration. 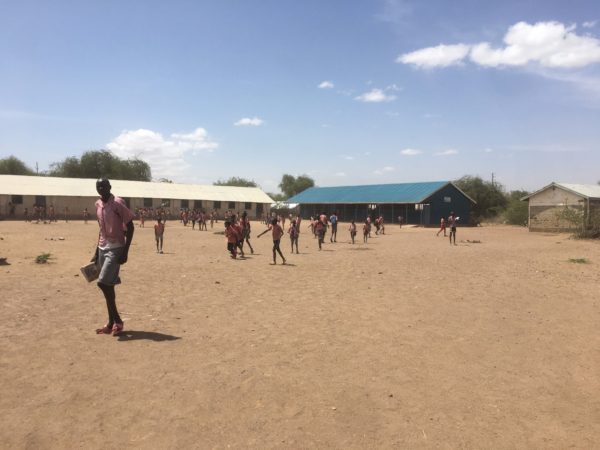 I’d like to share some of my observations from the first week in Kakuma. There are deaf people with several different ethnic backgrounds here: people from Somalia, Sudan, Rwanda, Burundi, and Uganda. In schools children from different ethnic backgrounds are in the same classroom, but in the camp itself they are more grouped together: people from Sudan socialise with people from Sudan, Somali people live together, and so on. There are three schools in the camps that have deaf students, but there is no deaf school per se. The schools are hearing schools with a deaf unit. (Picture: one of the schools) 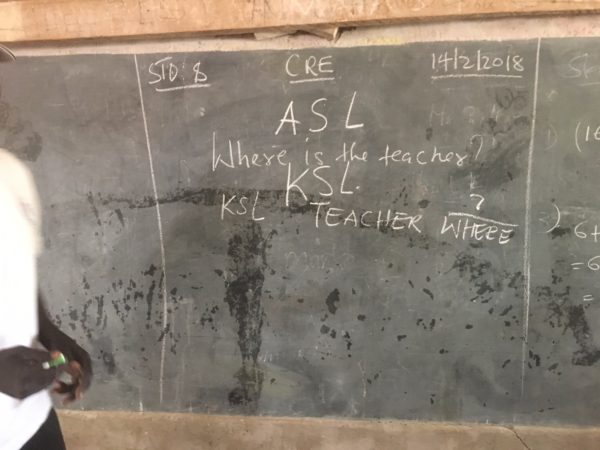 One has approximately 20 deaf children, the second has 15 and the third has 15 as well, so that makes roughly 60 deaf students in Kakuma. The schools have deaf teachers and hearing teachers who can sign Kenyan Sign Language), and there is also a KSL (Kenyan Sign Language) interpreter. In Kenyan Sign Language you can find some signs that are also used in American Sign Language (ASL). It’s interesting to see that in the schools ASL is used, while the main communication among deaf children (and adults) themselves seems to be KSL, which is different. So far, I haven’t yet observed the use of national sign languages (Somali Sign Language or Sudan Sign language). I’ll look into that more. This is what I’ve noted in the first week that I was here and I will write more when I get to know the camp and the people better.